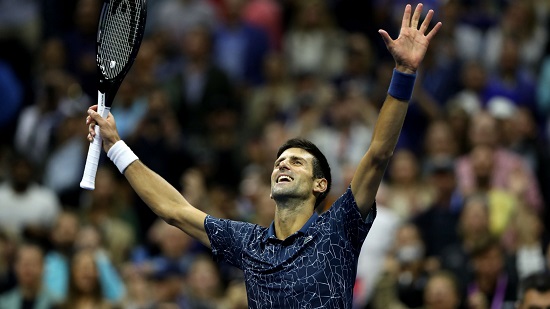 Pete Sampras and Novak Djokovic have jointly reached the third place in the winner of the Grand Slam title. Now only Roger Federer (20) and Rafael Nadal (16) are ahead of him.

Djokovic reached the final of the US Open Championship for the eighth time and he has been a champion in 2011 and year 2015.

Novak Djokovic's title of this year (the year 2018) was the second Grand Slam title, before that he also won the title at Wimbledon.

Novak Djokovic is the number-one player announced by the Professional Tennis Association. They are the first Serbia players to be named number-1 and Serbia's first players to win the Grand Slam title.

Djokovic is one of the eight male players who has won both Wimbledon and the US Open, and Djokovic has done this for the third time.