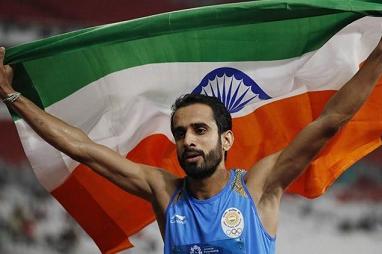 India's medal tally on Day 10th  at the 18th Asian Games in Jakarta, Indonesia started with Manjit Singh, who came first in the men's 800m final with a timing of 1.46.15. Jinson Johnson followed close behind with a timing of 1.46.35 to finish in the second place. The Indians secured the gold and silver medals.

In the day of silvers, Pinky Balhara also won a silver in the women's 52 kg final after she lost to Uzbekistan's Gulnor Sulaymanova by 10-0. This was India's second medal in Kurash. India's first medal in the event came through Malaprabha Yallapa Jadav, who picked up bronze following her semifinal defeat.

Earlier, in the much-awaited women's singles gold medal match between PV Sindhu and Tai Tzu Yin, Sindhu had to settle for silver after she lost to Yin in straight sets. Despite the loss, Sindhu became the first badminton player to win silver in Asian Games.