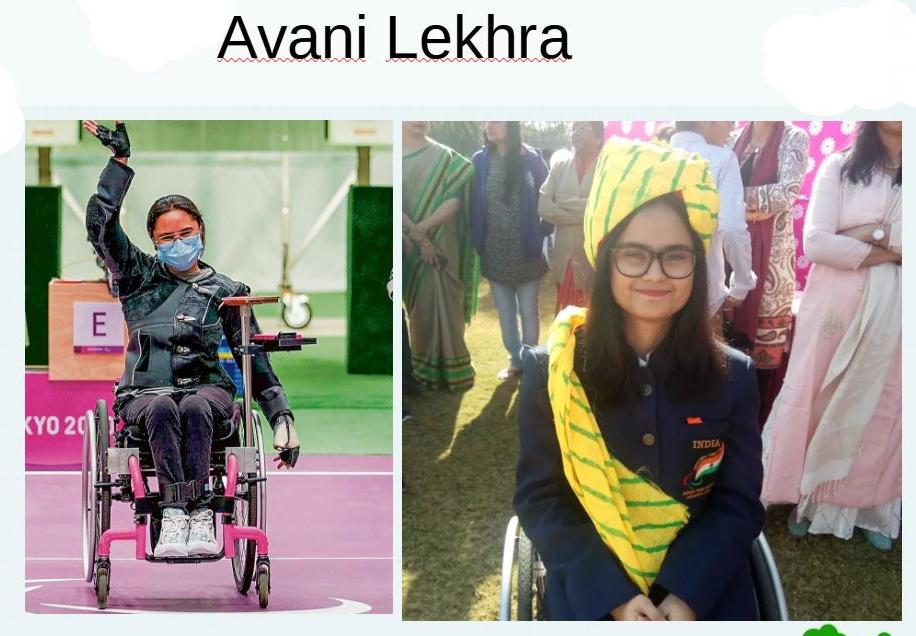 Avani Lekhara is an Indian paralympian and rifle shooter who was born on November 8, 2001. At the Tokyo 2020 Paralympics, she won a gold medal in 10m air rifle standing and a bronze medal in 50m rifle 3 positions.Lekhara is the World No. 2 in Women's 10m Air Rifle, with a SH1 (World Shooting Para Sport Rankings) ranking, and she competed in the 2018 Asian Para Games.The GoSports Foundation has helped her through the Para Champions Program.She is also the first Indian woman to win numerous Paralympic medals in a single event.The Government of Rajasthan has appointed her as Assistant Conservator of Forest (ACF) on an out-of-turn basis.