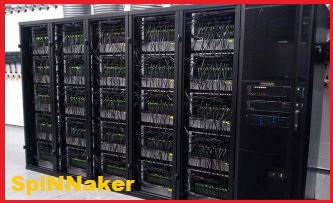 The world’s largest supercomputer Spiking Neural Network Architecture (SpiNNaker) machine designed to work in same way as the human brain was turned on for the first time.

SpiNNaker is designed and built at the University of Manchester in the United Kingdom. It can model more biological neurons in real time than any other machine on the earth. Biological neurons are basic brain cells present in the nervous system that communicate by emitting ‘spikes’ of pure electro-chemical energy.

SpiNNaker is neuromorphic computing that uses large-scale computer systems containing electronic circuits to mimic these spikes in a machine.

SpiNNaker is capable of completing more than 200 million actions per second, with each of its chips having 100 million transistors. It is unique as it mimics the massively parallel communication architecture of the brain, sending billions of small amounts of information simultaneously to thousands of different destinations.

SpiNNaker is also unique because, unlike traditional computers, it does not communicate by sending large amounts of information from point A to B via a standard network.

SpiNNaker has massive potential for neurological breakthroughs in science such as pharmaceutical testing. It can be used to harnessed to control robot which can interpret real-time visual information and navigate towards certain objects while ignoring others.

SpiNNaker can also help to unlock some of the secrets of how the human brain works by running unprecedentedly large-scale simulations. It will allow roboticists to design large-scale neural networks into mobile robots so they can walk, talk and move with flexibility and low power.