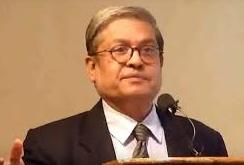 The noted Journalist Dileep Padgaonkar passes away in Pune due to severe illness from several weeks.

Dileep was admitted in Hospital on 18th November due to heart attack, later he suffered an organic failure and was on dialyses due to kidney failure.

PM expressed that MR. Dileep Padgaonker was a leading public figure whose contribution to journalism will always be remembered, pained by his demise RIP.

Padgaonkar also served as one of the three members of interlocutors’ group of Jammu and Kashmir, in an effort to bring peace in the state.