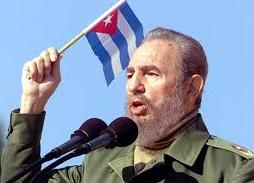 PM stated that he lost his great friend on Saturday 26th November 2016.

PM Narendra Modi condoles over his demise and stated that he extend his condolences to the Government and the people of Cuba on the sad demise of Fidel Castro, may his soul rest in peace.

Modi also stated that India stands in support with Cuban Government and people at this tragic hour.

Prime Minister believed that Castro was the most iconic personalities of 20th century.

President of India Pranab Mukherjee also expresses condolence at the demise of Fidel Castro and stated that he was the dear friend of India.