RBI: IT Action against people indulging to convert black to white 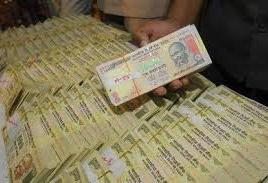 After the Note ban of Rs.500 and Rs.1000 people all around the country have been looking for ways to convert black money into white.

Finance Ministry gave warning to those who are indulging in fraudulent activities to convert black money to white.

The Government is keeping a check on those engaged in these activities and will take action against those converting black money to white.

On 8th November, PM Narendra Modi banned 500 and 1000 notes and from then black money holders were looking for ways to convert their money.

On 29th November, a bill for Income Tax Second Amendment bill was signed levy 50% tax on amount deposited before demonetisation and 85% penalty of undisclosed income.

The reason behind passing the bill is that Finance Ministry came to know that some people were illegally trying to convert black money into white.

India and Switzerland one step closer towards exchange of au...

IT Department asks email for blackmoneyinfo@incometax.gov.in

IT Dept inquiry against money deposited in Bank from Jan 2017

Election Commission of India suspects 400 parties out of 190...

Government to soon take actions against those depositing bla...