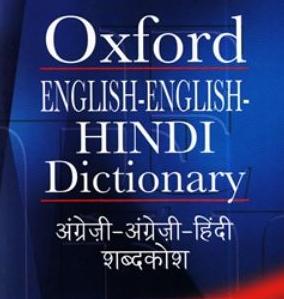 Nari-Shakti is the Oxford Dictionaries Hindi Word of the year 2018: Details, Significance, Highlights

The word Nari Shakti is chosen as the word of the Year 2018 by the Oxford dictionaries.

The Announcement was made during a session at Jaipur Literature Festival (JLF) which is being held at Diggi Palace in Jaipur, Rajasthan.
’Nari Shakti’ is made of two words ‘Nari’ and ‘Shakti’, ‘Nari’ means Women and ‘Shakti’ means Power.

There was a large spike in the use of word Nari Shakti in March 2018 around the Government of India’s Nari Shakti Puraskar (Women Power Award) held on the International Women’s Day.

Two major decisions of the Supreme Court contributed to Nari Shakti’s prominence in 2018. One was a ban on ‘triple-talaq’ and second, the taking down of a rule that disallowed menstrual women entry to the Sabarimala temple in Kerala.

The Word Nari Shakti derived from Sanskrit symbolizes women who are capable to take charge of their lives. The word Nari Shakti encapsulates the spirit of our times, with all its struggles, challenges, and triumphs.

Toxic becomes the word of the year 2018 Oxford Dictionary h...