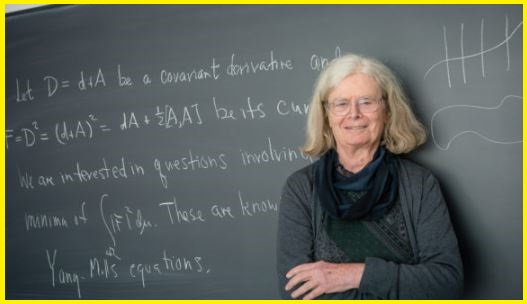 Karen Uhlenbeck becomes the first women to win the Prestigious Abel Prize. With this feat, Women took another step forward in the still male-dominated world of science.

Karen Uhlenbeck’s breakthrough work along with mathematician Jonathan Sacks was on “minimal surfaces such as the surface taken by a soap bubble.

Karen Uhlenbeck is acclaimed for her work with partial differential equations that she uses to solve problems in geometry and topology.

Able Prize established by the Oslo government in 2002 honor outstanding scientific work in the field of mathematics, a discipline not included among the Nobel awards.