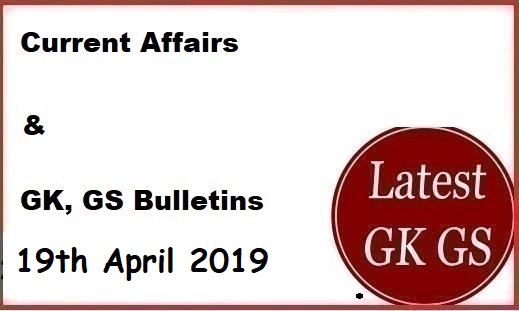 7. The Government of India has suspended the LoC trade in Jammu and Kashmir from 19th April 2019

13. The Face of Disasters 2019 report was released by the Sustainable Environment and Ecological Development Society (SEEDS)