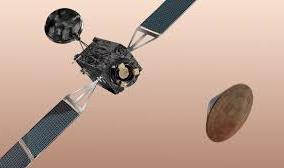 ExoMars, the joint endeavour between ESA and Russia’s Roscosmos Space Agency, will enter into orbit around the Red Planet Mars on 19th October 2016.

While entering into the orbit around Mars, its Schiaparelli will incline to the surface.

The Trace Gas Orbiter will make a detailed list of the rare gases found in the atmosphere especially Mars Atmospheric Gas like methane.

Schiaparelli will monitor the atmospheric changes and will record the wind speed, humidity, pressure and temperature.

It will also obtain the first measurements of the electric fields on the surface of Mars and will provide information regarding how the dust storms are activated.