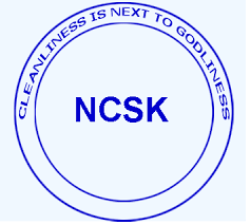 Union Ministry of Social Justice & Empowerment has launched a new website and mobile application of the National Commission for Safai Karamcharis (NCSK) on 11th April 2018 in New Delhi.

The NCSK’s new website (http://ncsk.nic.in/) is very user-friendly and as per Central Government Guidelines for official websites.

The NCSK’s new website deals with all elements in providing complete details about commission like composition, mandate, manner of filing complaints, details of visits undertaken by its Chairman and Members etc.

The NCSK’s new website also caters petitioners to file their grievances and complaints, etc. online on the website and thereafter track them.

The NCSK’s Mobile App also enables petitioner to lodge their grievances and complaints through their android mobile phones.

The NCSK Mobile App can be easily downloaded from Google Play Store for free of cost.

The NCSK was established in 1994 to deal with the grievances of persons engaged in manual scavenging. It has a sanctioned strength of four members and a chairperson.

The NCSK is a statutory body established under National Commission for Safai Karamcharis Act, 1993.

The NCSK aims to promote and safeguard the interests and rights of Safai Karamcharis. Its main feature is to study, evaluate and monitor the implementation of various schemes for Safai Karamcharis as an autonomous organisation.