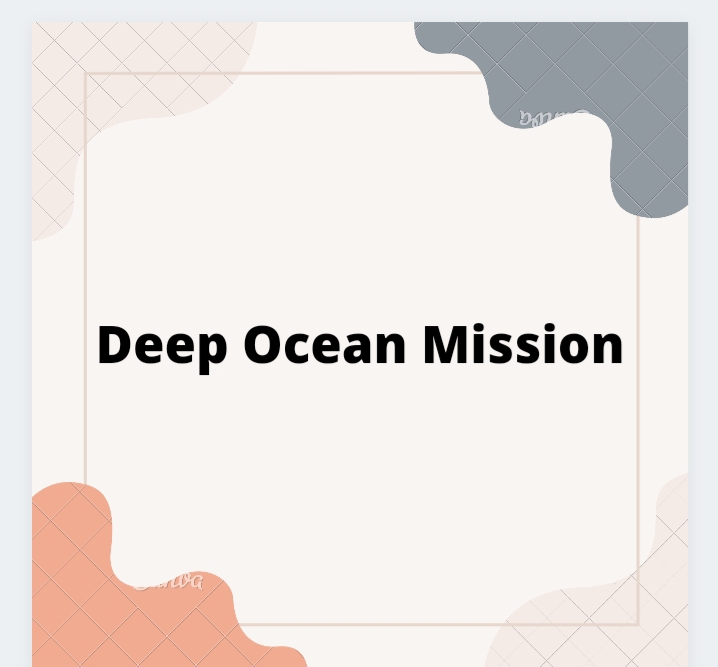 This mission is launched to explore the marine diversity of our country ,left unexplored.

This project will managed by Ministry of Earth Sciences (MoES).

The mission is laid on same terms as the Indian Space Research Organisation (ISRO).

Both man force & robotic machines will be used.Deep-sea mining ,energy exploration,survey of the objects found, &

Offshore desalination are the main task performed under the project.

Study and Research on Climate change is also a part of this project.

*Use of technology for conservation of deepsea biodiversity.

*The Plan will help to explore resources in Central Indian Ocean Basin (CIOB).

*The major objective of this plan is mine & extract polymetallic nodules (PMN).

*The UN International SeaBed Authority has alloted India 75000sq.K for exploration in CIOB.