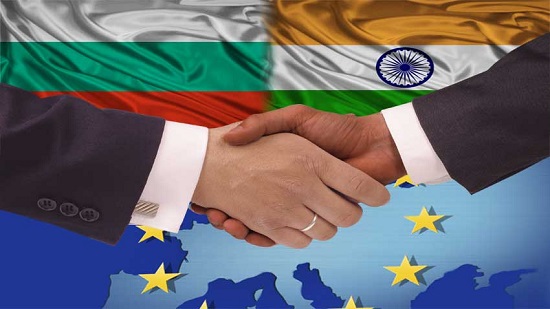 In the meeting between President Ram Nath Kovind and his Bulgarian counterpart Rumen Radev, the agreements signed on 4th September 2018 were signed. President Rama Nath Kovind also invited Bulgaria to become the key partner of India in the defense sector.

Kovind reached Bulgaria from Cyprus in the second phase of his eight-day visit to three countries of Europe. The purpose of his visit is to strengthen India's high-level relations with these European countries.

The agreements signed between four subjects including civil nuclear cooperation between President Ram Nath Kovind and his Bulgarian counterpart Rumen Radev were signed.

In the presence of the two leaders, the officials signed four agreements related to investment, tourism, civil nuclear cooperation and establishment of the Hindi bench in Sophia University.

Apart from this, a co-operation program was also signed to enhance scientific cooperation.
President Ramnath Kovind also invited Bulgaria to become the key partner of India in the defense sector, IT sector under the 'Make in India' program.

There is a longstanding friendship relationship between India and Bulgaria. Ravindra Nath Tagore, India's great poet, visited Bulgaria in the year 1926. He added a new chapter in the cultural relations between the two countries. Ram Nath Kovind, who visited Bulgaria, was the fifth and the first Indian nationality in the last 15 years. There are links to religious, cultural, business and Bollywood between Bulgaria and India.