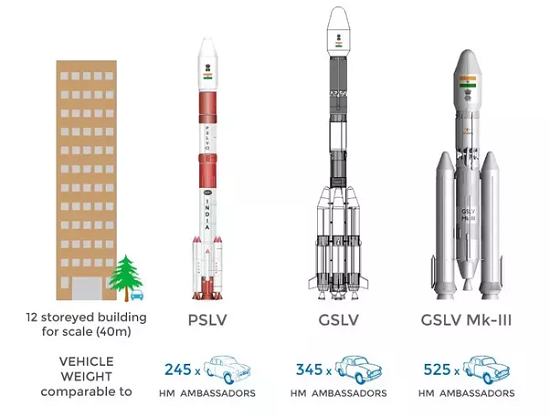 PSLV and GSLV are the two rocket launch systems developed by ISRO.

Of the two, PSLV is of the former origin.

PSLV can launch only over a ton of payload into the orbit while GSLV is more powerful with the capacity to launch around 2.5 tons.

GSLV uses cryogenic for its final stage while the PSLV does not use such fuels.

As far as the success rate is concerned, PSLV has proved to be more reliable with only one failure among the total of 18 launches so far. GSLV has been a failure with just one success from a total of 7 launches.