ITBP celebrates its establishment day as its 55th Raising Day 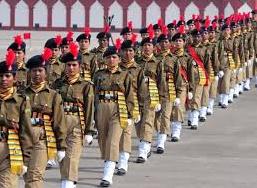 ITBP is the eighth statuary body established in the year 1962 under CRPF Act during India-China war of 1962.

This force is operated by the Union Ministry of Home Affairs and has a strong force of 50,000 personnel to secure 3,488 km of border with China.

They protect the area of around 9000 feet to 18700 feet in the western, Middle and Eastern Sector of India-China border.

They organise on border guarding duties from Karakoram Pass in Ladakh to Jachep La Pass in Arunachal Pradesh.