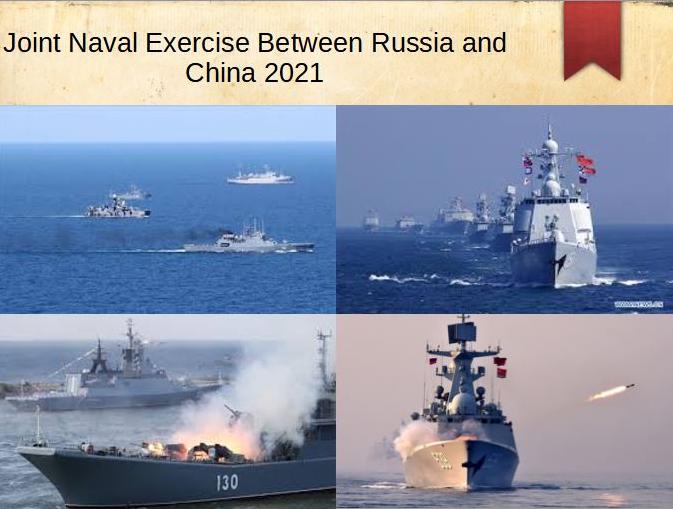 A Joint Naval Exercise Between Russia And China 2021: Details, History

A ceremony marking the start of Joint Sea-2021, a joint naval exercise between China and Russia, took place on October 14 in waters near Russia's Peter the Great Bay.

The Joint Sea-2021 practice takes place at the same time as the Malabar naval drill in the Bay of Bengal, and just after six countries, including the United States, the United Kingdom, and Japan, conducted maneuvers in the South China Sea and neighboring territories.

The first combined naval drills between Russia and China took place in the Yellow Sea in August 2005. They were taking part in the large-scale military exercises known as Peace Mission 2005, which were arranged under the aegis of the Shanghai Cooperation Organization (SCO). Beyond the SCO, the Joint Sea yearly naval exercises have been performed since 2012, with the goal of enhancing Russia and China's military capability to jointly tackle threats at sea.

Due to stringent measures in place in response to a new coronavirus epidemic, the Joint Sea exercise was canceled in 2020.

India-Russia set to kick off the first-ever tri-service...

Military of India and Nepal conduct Surya Kiran-X at Nepal

The Military of India and Nepal conduct a joint military exe...