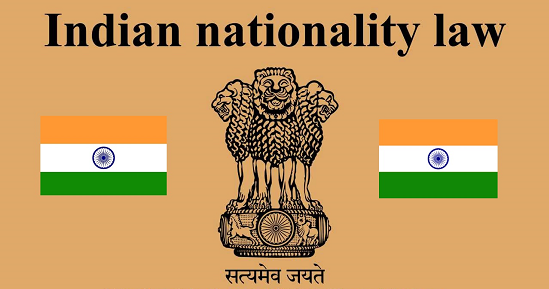 Law and Act: Indian citizenship and Nationality law in paragraph 5 to 11 of Part II of the Constitution of India

If a person is born after 26th January 1950 but before 1 July 1947, any person born in India will be a citizen of India only by birth.

If a person is born outside the country, then he will get citizenship of India on the basis of inheritance, but the condition is that one of his parents is a citizen of India.

It is mandatory to enroll the child in the Indian Embassy within 1 year.
Indian citizenship can be given on the application of a person who has been married to a person of Indian origin and who has lived in India for 7 years prior to the application.

1.On leaving citizenship itself

2.On accepting citizenship of another country

3.On cancellation of citizenship by the government