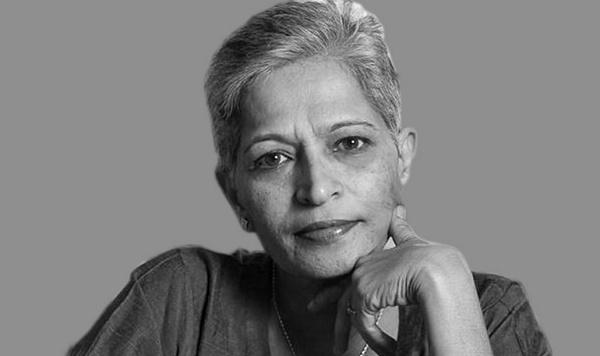 Journalist-Activist Gauri Lankesh from Karnataka, who was shot dead 0n 5 September 2017, will be posthumously conferred the Reach All Women in WAR (RAW in WAR) Anna Politkovskaya Award 2017.

The journalist Gauri Lankesh becomes the first-ever Indian to receive the honor.

Gauri Lankesh would be sharing the award with a Pakistani peace activist, Gulalai Ismail, who has faced death threats for speaking out against the Taliban.

Raw in WAR is a London-based, NGO that support human rights and victims of war. It’s established the Anna Politkovskaya Award in 2017 to honor the memory of Russian journalist Ann Politkovskaya.

Gauri Lankesh and her fearless journalism as a strong critic of right-wing Hindu extremism, campaigner for women’s right, fiercely opposed to the caste system and campaigner for the right of Dalit.