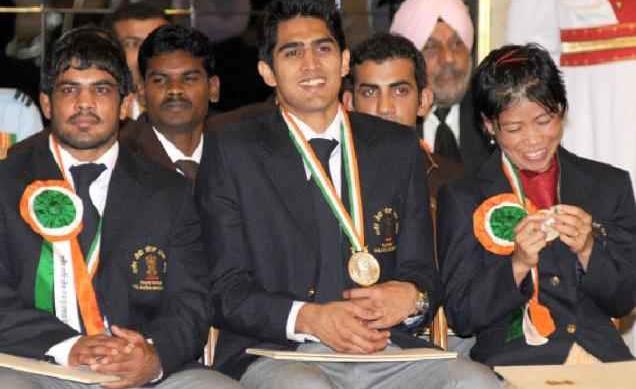 Vishwanathan Anand is the first person who conferred with the Rajiv Gandhi Khel Ratna Award for outstanding achievement in Chess in 1991-92.

Karnam Malleswari for weightlifting (1994-95), later she went on to win the Bronze medal in Olympics.

Sachin Tendulkar conferred the award for achievement in Cricket in 1997-98. Apart from that he also won the highest Civilian award Bharat Ratna.

In 2016, P.V. Sindhu for Badminton, Dipa Karmakar for Gymnastics, Jitu Rai for Shooting and Sakshi Malik for Wrestling,

Devendra Jhajharia for Para Athlete and Sardara Singh for Hockey (2017),

Daughters of Mother India a film on gender violence by Vibha...