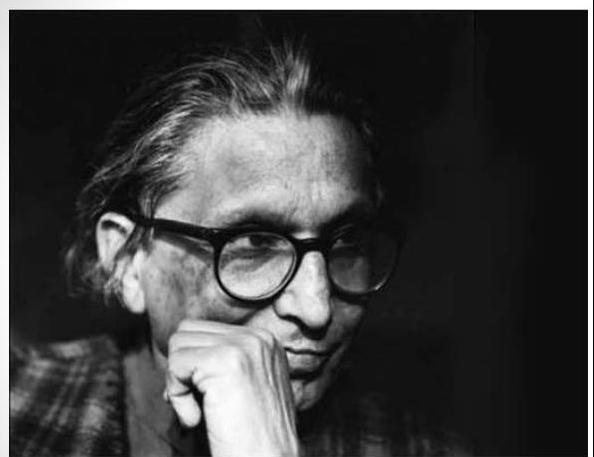 Balkrishna Vithaldas Doshi or B.V. Doshi is a renowned Indian architect. He is considered to be an important figure of South Asian architecture and is famous for his contributions to the evolution of architectural discourse in India.

B.V. Doshi was born on 26th August 1927 to a furniture making family, in Pune, Maharashtra. He took his architecture degree from the J. J. School of Architecture, Mumbai.

B.V. Doshi started working with the legendary Le Corbusier in Paris between the years 1950 to 1954. In 1955, he returned to India supervise the architect's projects.

B.V. Doshi established his studio Vastu-Shilpa (environmental design) in 1955 and worked with Louis Kahn and Anant Raje in designing the campus of the Indian Institute of Management, Ahmedabad. In 1958 he was a fellow at the Graham Foundation for Advanced Studies in the Fine Arts.

B.V. Doshi also contributed in designing Indian Institute of Management (IIM) in Bangalore and Lucknow, the National Institute of Fashion Technology, Tagore Memorial Hall, the Institute of Indology in Ahmedabad, among other fine campuses and buildings across India, besides many low-cost housing projects.

B.V. Doshi has been recognised and honored several times for his distinguished contribution as a professional architect and as an academician.

B.V. Doshi has received many international and national awards and honors such as: Pritzker Architecture Prize in 2018, Padma Shri Award, from Government of India in1976, Honorary doctorate from the University of Pennsylvania, France's highest honour for arts the 'Officer of the Order of Arts and Letters', in 2011 and 6th Aga Khan Award for Architecture for Aranya Community Housing, for the years1993-1995.