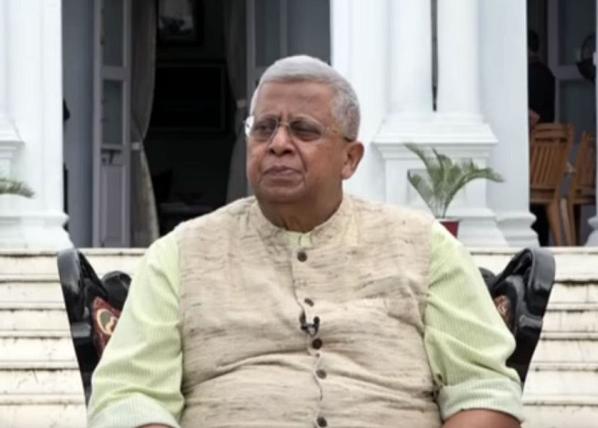 Tathagata Roy has been transferred as the new Governor of Meghalaya. He was earlier the Governor of Tripura. Tathagata Roy Known for his Pro-Hindutva views and some extremely controversial statements.

Tathagata Roy served in the Indian Railways as a General Manager, and then as the Chief Engineer (Design) in the Metro Railways, Calcutta. Tathagata Roy sought to voluntary retirement in 1990 from Railways.

Tathagata Roy was fascinated by Hinduism and Hindutva, he joined Rashtriya Swayam Sevak Sangh in 1986. Tathagata Roy was famous for his anti-muslim tweets but recently he has stated that he would stop it as his new job demands it.

In August 2014, Roy had congratulated UP BJP for bringing up the infamous 'Love Jihad' issue and had even suggested that the issue is taken up in West Bengal.