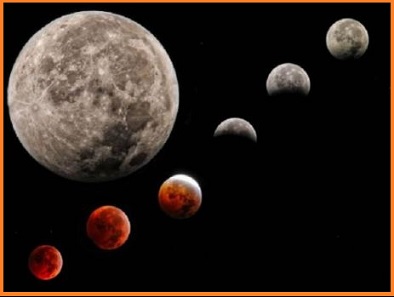 People around the world will be able to view a trifecta of events which includes a total lunar eclipse, super blood moon and a “Wolf Moon” also known as Super Blood Wolf Moon.

The Super Blood Moon, a phenomenon wherein the Moon appears particularly large and bright with a reddish glow, will appear in the night sky around much of the world on 20th January 2019 and 21st January 2019. Wolf Moon is the name given by native Americans to a full moon that appears in the middle of winter.

Super Blood Moon happens during a total lunar eclipse when the Earth passes between the Sun and the Moon, blocking the Sun’s light from falling directly on the Moon. However, the little light that manages to pass from the edges of the Earth’s atmosphere lit up the Moon’s surface and makes it look red.