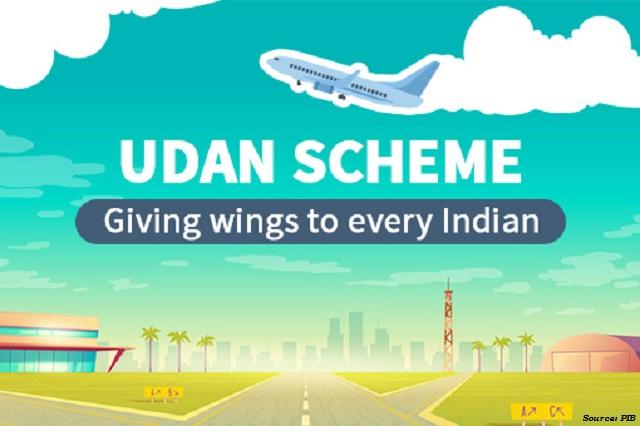 Ministry of Civil Aviation Approved 78 New routes under the 4th round of Regional Connectivity Scheme (RCS)  UdeDesh Ka AamNagrik (UDAN 4.0). This improves connectivity to remote and regional regions in the country. In the process of approval of the new roads, priority was given to the North-Eastern Area, the Hilly States, and the Islands.

Link from Guwahati to Tezu, Rupsi, Tezpur, Passighat, Misa, and Shillong has been strengthened particularly in Northeast. People will travel from Hissar on these UDAN 4 routes to Chandigarh, Dehradun, and Dharmshala. Routes have been also approved for traveling from Varanasi to Shravasti and Chitrakoot.

The new roads of UDAN 4.0 have also linked Agatti, Kavaratti, and the Lakshadweep Isles of Minicoy.

Special emphasis on North-East areas, the Hill countries, and the islands were introduced in December 2019 in the fourth round of the UDAN. In the framework of the VGF (Viability Gap Funding), a greater emphasis is given to airports that have already been built by AAI.

Helicopter and seaplane activities are also listed under UDAN 4. MoCA has been using 274 routes linking 45 airports and three heliports since it was created.

Helicopters and smaller aircraft services to hilly areas nor...

UDAN scheme features flight in Rs2500 for One Hour journey

Defence Airports to include under PM Modi's UDAN Scheme

The Ministry of civil Aviation launches UDAN scheme to promo...

» UP Budget 2018-19 allocation for Roads and Transportation