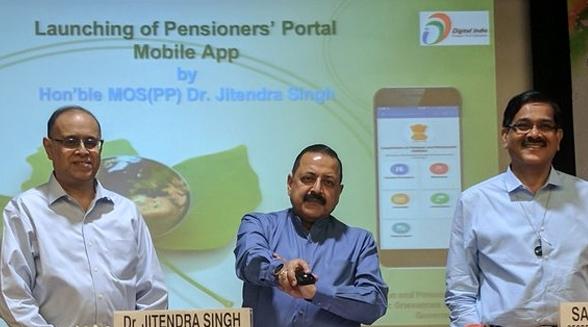 The Union Government has decided to launch a mobile application on 20 September 2017 for central government employees in order to monitor the progress of their pension settlement cases.

About the Mobile Apps (Pension Adalat)

* This app will help the retiring government employees to monitor the progress of their pension settlement cases.

* This app will allow the retired employees to assess their superannuation funds and record complaints through the pension calculator.

* The retired employees will also be able to register their grievances and get updates on orders issued by the department.

* This app will be launched by the Minister of State for Personnel, Public Grievances and Pensions Dr. Jitendra Singh in New Delhi.

At present, the ministry has a pensioners' portal for this purpose.

This mobile app will have all services meant for the pensioner, which is available at the portal of the Department of Pension and Pensioners’ Welfare.

The Pension Adalats is being convened with the objective of bringing the aggrieved pensioner, the concerned department, the bank on a common table so that such cases can be settled within the framework of extant rules

» Ro Ferry Services under Sagarmala Programme in Gulf of Cambay