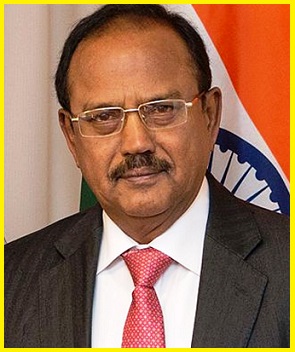 Ajit Doval has also been ranked as a Cabinet Minister in Modi 2.0 government for contribution to national security.

NSA Ajit Doval was earlier placed in the Minister of State rank.

Ajit Doval is a 1968-batch IPS officer (74-year-old), previously served as the Director of India and also been as a Chairman of Strategic Policy Group (SPG) which help National Security Council (NSC).

Ajit Doval also served as the head of Intelligence Bureau (IB) in its operation wing for over 10 years.

Ajit Doval as an intelligence officer for over 33 years during which he served in the North East, Jammu, and Kashmir and Punjab.

Ajit Doval has also done diplomatic assignments in Pakistan and the UK.