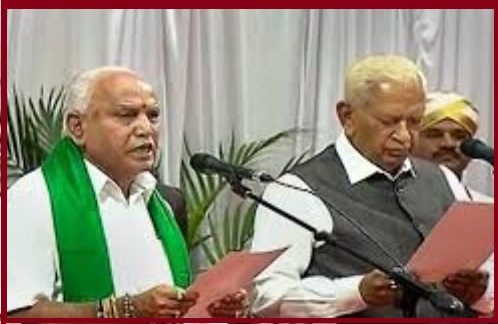 BS Yediyurappa was born on 27 February 1943 in the Lingayat family of Bukanacre in Mandya district.

BS Yediyurappa has been active in politics since his student life. His Lingayat vote bank is very strong in the state's politics.

BS Yediyurappa in 1965, appointed as a first-class clerk in the social welfare department, later he left his job and went to Shikarpura, where he worked as a clerk in Virbhadra Shastri's Shankar Rao Mill.

BS Yediyurappa in his college days he was a part of RSS. In 1970, he started public service, after which he was appointed the caretaker of this seat.

BS Yediyurappa after the political upheaval of Karnataka in 2007, President's rule came into effect in the state, after which the JDS and the BJP had resolved the differences. This difference proved to be very helpful for Yeddyurappa and on 12 November 2007 the BJP became the ruling party of the state.

The Congress-JDS coalition government headed by HD Kumaraswamy collapsed on 23rd July 2019, after losing the vote of confidence in the assembly after a three-week-long intense power struggle triggered by the Karnataka lawmakers.