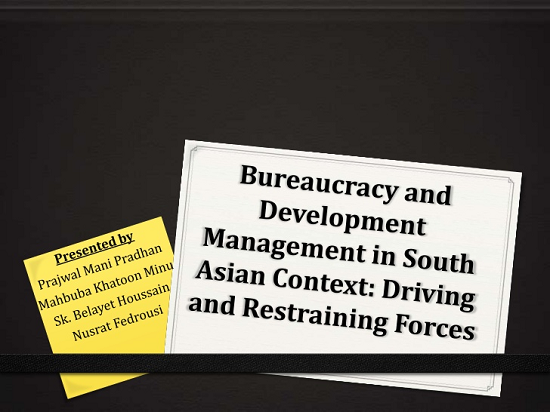 Bureaucracy and development are two components of development philosophy if seen from an overview seem to possess opposing values(ideas) as Bureaucracy represents static or conservative and rigid values while Development advocates dynamic(moving) values.

The bureaucracy viewed by the Weberian model and other theorists are related to the same routine, unchanged and repetitive procedures that enable it to continue, achieve its pre-established goals and handle its problems like a system without being influenced by external factors.

On the other hand, development as a concept is seen as a phenomenon affected by the concept of change and is quick to adapt and adjust to changes coming in through both external as well as internal factors on the way to development.

Therefore, in the context of developing countries, Bureaucracy and development are complementary and interdependent rather than being hostile to one another for the purpose of Development Administration.