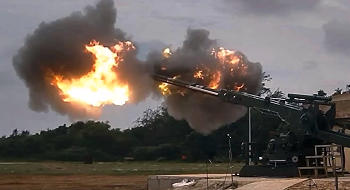 This procurement of 155 mm Advanced Towed Artillery Gun Systems for Indian Army will further quest for modernisation of Armed forces.

The 155 mm Advanced Towed Artillery Gun Systems have been indigenously designed & developed by Defence Research and Development Organisation (DRDO). They will be manufactured by production agencies as nominated by DRDO. They are likely to the mainstay of Artillery in near future.

Procurement of indigenous artillery gun systems will provide major fillip to ‘Make in India’ programme of Government. It will also help to create self-reliance in India's defence manufacturing sector. It also has the potential of making defense industry as a major engine of India’s economic growth.

Defense Acquisition Council was established in India on Octo...

DAC approved procurement of 24 multi-role helicopters for In...

DAC approved the acquisition of 8 Fast Patrol Vessels for Co...