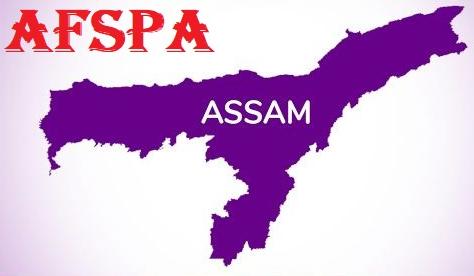 The Governor of Assam, Jagdish Mukhi has extended the application of Armed Forces (Special Powers) Act, 1958 (AFSPA) in the whole Assam state for six more months with immediate effect.

For this, it used powers conferred under Section 3 of the Armed Forces (Special Powers) Act, 1958 declaring entire state as ‘Disturbed Area’ upto 6 months or unless withdrawn earlier.

The extension of the AFSPA comes as a precautionary measure to maintain order during the ongoing roll-out of the National Register of Citizens (NRC). The final draft NRC is likely to be published by the end of 2018.

Though the situation in the state is peaceful at the moment, although the state government took the decision to not to withdraw AFSPA until NRC exercise is over.

In September 2017, Union Home Ministry had delegated to Assam and Manipur Governors power to impose or withdraw AFSPA. Earlier on April 1, 2018, the AFSPA was completely removed from Meghalaya and some areas of Arunachal Pradesh.