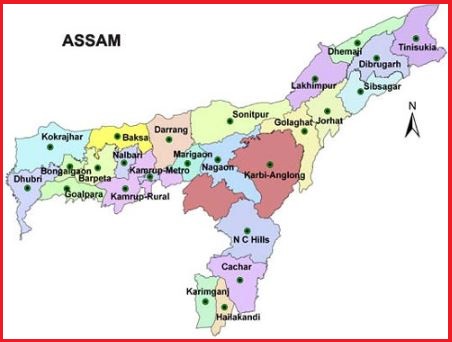 Assam is a state in northeastern India. It's capital name is Dispur. It was commissioned to Indian Union on 26 January 1950.

Assam is derived from the word asama, meaning “peerless” in the now extinct Ahom language. The neighboring states of Arunachal Pradesh, Nagaland, Mizoram, and Meghalaya were once part of Assam.

Assam climate range from highs in the upper about 36 °C in August to lows in the mid-about 7 °C in January. The cool season generally lasts from October to February and is marked by fogs and little showers.