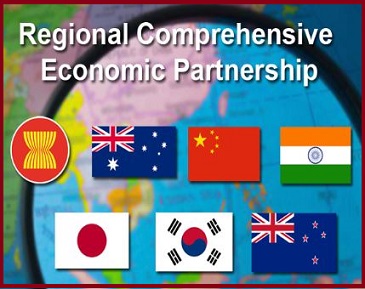 The 2-day meeting for trade Ministers of Regional Comprehensive Economic Partnership (RCEP) was concluded in Singapore. It was scheduled to be held from 12th November 2018 to 14th November 2018.

The Indian delegation was headed by Union Minister for Commerce and Industry Suresh Prabhu. Singapore was the current chair of the ASEAN countries and so it is hosting the summit.

This ministerial meeting was also followed by an RCEP Leaders Summit on 14th November 2018.

On the sidelines of the RCEP meeting, Suresh Prabhu held meetings with trade ministers of various other countries like Japan, New Zealand, China, and Singapore.

The RCEP is an agreement that aims to cover goods, services, investments, economic and technical cooperation, competition and intellectual property rights.

RCEP has a collective GDP of $22.5 trillion.