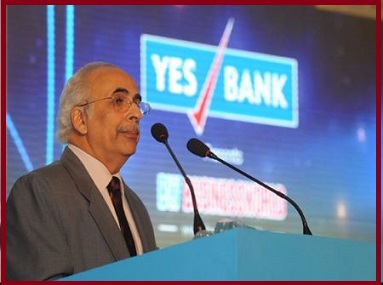 As per the officials, Ashok Chawla was offered to quit as the controversy was being generated on his continuance on the Board of Directors following his name appearing in a CBI charge sheet in the Aircel-Maxis case.

Yes Bank shall in due course will announce the appointment of a Chairman, after-RBI's approval.

As per sources, representations were being made by shareholders and stakeholders to the bank as well as regulators like Sebi questioning his continuance on the Yes Bank's Board after being named in charge sheet filed in Aircel-Maxis case by the premier investigating agency CBI in July.

Yes Bank's board has also approved the appointment of Uttam Prakash Agarwal as an additional director (Independent) for a period of five years.

Ashok Chawla is a distinguished civil servant with over 40 years of experience in various sectors of the economy in India as well as in International Multilateral agencies.
Ashok Chawla obtained his Masters in Economics from the Delhi School of Economics in 1972 and joined the Indian Administrative Service in 1973. He started his career in the State of Gujarat and held various positions till date.