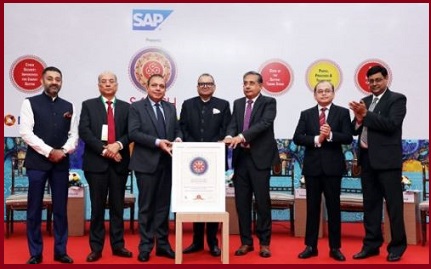 Union Ministry of New and Renewable Energy, Government of India has conferred the Skoch Award for National Significance in New Delhi.

Currently, India ranks 4 in the world in wind energy capacity and 5th in solar & total renewable energy capacity installed in the world. India has played a critical role in setting up of the international solar alliance. Further, India moved a resolution during the first meeting for making it a global initiative.

About Ministry of New and Renewable Energy (MNRE)

Skoch Awards is given by Skoch Group and aims to reward the human excellence in socio-economic changes. Instituted in 2003. These are the highest independently instituted civilian honors.

Skoch Group has been conferred on some of the best brains from across India for their efforts in the area of digital, social and financial inclusion.

Ministry of New and Renewable Energy  Announced To Set ...