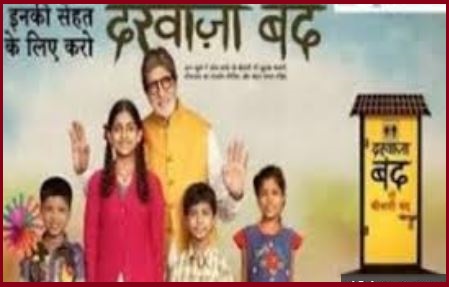 The “Darwaza Band- Part 2” campaign was launched by Swachh Bharat Mission Grameen focuses on sustaining the open defecation free status of villages across the country.

The campaign launched by the Ministry of Drinking Water and Sanitation in Mumbai in the presence of actor Amitabh Bachchan.

The “Darwaza Band -Part 2” has been supported by World Bank.

It was initiated on 2nd October 2014, the aim of the Swachh Bharat Mission is to provide sanitation facilities to every family. It has two sub-mission

Over 50 crore people stopped defecating in the open since the launch of the Swachh Bharat Mission and with over 5.5 lakh villages have been declared Open Defecation Free (ODF) and the national sanitation coverage is now 98% compared to 39% in 2014.