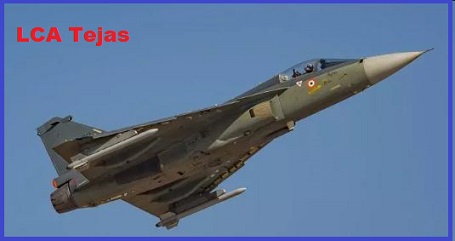 Earlier to this, the LCA Tejas was an Initial Operational Clearance (IOC) aircraft.

LCA Tejas was co-developed by the Aeronautical Development Agency in cooperation with the Bengaluru-based Hindustan Aeronautics Limited.

LCA Tejas is built from CFC materials and has unstable aerodynamics.

LCA Tejas is equipped with a quadruplex digital fly-by-wire flight control system to ease handling by the pilot.

LCA Tejas incorporates an advanced glass cockpit that comprises all the round dialed electro-mechanical instruments.

LCA Tejas is fitted with the coherent pulse-Doppler Multi-Mode Radar that is designed to operate equally effectively in the Air to Air and Air to Surface domains.