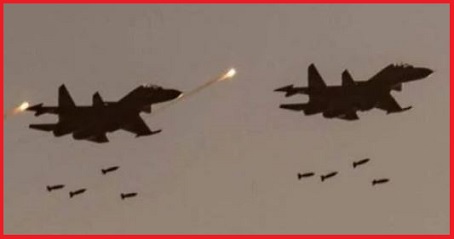 India on 18 Feb 2019, conducts a mega exercise, EXERCISE VAYU SHAKTI-2019 involving 140 fighter jets and attack helicopters, in a firepower demonstration was held close to the border with Pakistan at Pokhran in Rajasthan.

he mega exercise, EXERCISE VAYU SHAKTI-2019 displayed the might of the Indian Airforce:

For the first time, the ALH and the Akash were deployed in a military exercise.

The other important dimension of air power, air-to-air combat is out into display at another exercise of IAF called Gagan Shakti.