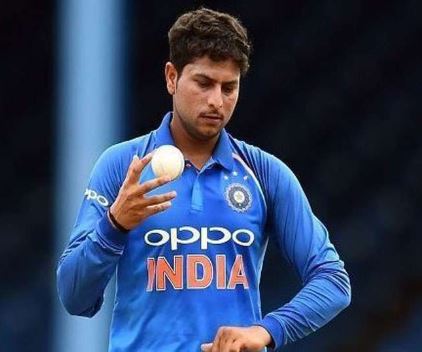 Kuldeep Yadav also called as 'Kuli' is an International Indian cricketer who plays for the Indian cricket national team and domestic cricket for his state Uttar Pradesh.

Kuldeep Yadav has also represented India in the 2014 ICC Under-19 Cricket World Cup and took a hat-trick against Scotland & came into the limelight.

Kuldeep Yadav along with Yuzvendra Chahal together forms a best-bowler dual for India and called as 'Kul-Cha'.

Kuldeep Yadav is only the second Indian other than Bhuvneshwar Kumar and the third spinner other than Imran Tahir and Ajantha Mendis to take 5-wickets in all three formats of cricket.

Recently, on 15th April 2019, Kuldeep Yadav was selected in India's squad for the 2019 Cricket World Cup.