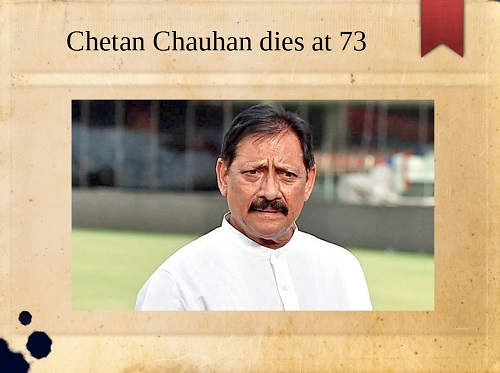 Uttar Pradesh Homeguard Minister of cabinet rank 73 years old Late Chetan Chauhan was found CORONA positive in the last week of July 2020. He was getting treatment at Medanta for the same.

Late Chetan Chauhan is the second cabinet minister of CM Yogi Adityanath cabinet after Kamala Rani Varun who dies after getting infected with the CORONA virus.

Chetan Chauhan started his political inning with Bhartiya Janata Party in 1991 as a Member of Parliament. He got the second term to serve in the parliament in 1998. At present, he was elected from the Naugavan assembly from the Amroha district.

As a cricketer, late Chetan Chauhan played 40 test matches and 7 ODI. His highest score in the test match was 97 runs.

CM Yogi Adityanath has expressed his deep condolences on the demise of his cabinet minister.

Ex-Cabinet Minister Jaswant Singh passed away in coma at 82