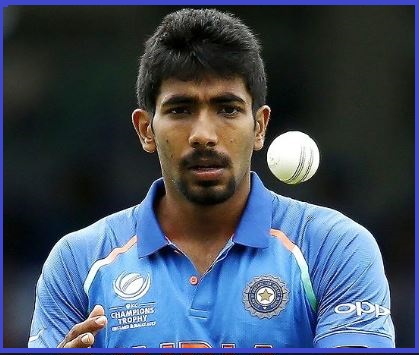 Jasprit Bumrah full name as 'Jasprit Jasbirsingh Bumrah' is an International Indian cricketer who plays for the Indian cricket national team in all formats and domestic cricket for his state Gujarat.

Jasprit Bumrah bowls at an average speed of 140–145 km per hour (87–90 mph) making him one of the fastest bowlers in India. He also has a special ability to consistently bowl in-swinging & yorker deliveries.

Jasprit Bumrah also plays in the Indian Premier League (IPL) for Mumbai Indians since 2013 as a Fast-Medium Bowler.

Jasprit Bumrah as a bowler so far has taken 49 Test wickets, 85 ODIs wickets, 52 T20Is wickets and 80 wickets in IPL.

Recently, on 15th April 2019,  Jasprit Bumrah was selected in India's squad for the 2019 Cricket World Cup.