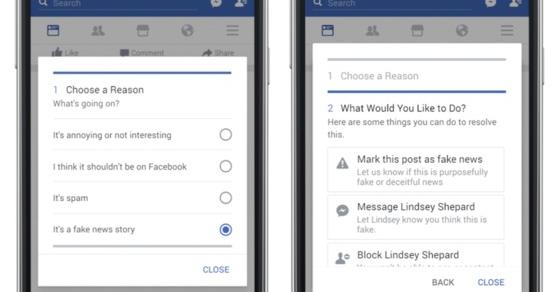 Facebook has added a new title named ‘it’s a fake news story’ as a new feature which previously named ‘annoying’.

Facebook is also introducing a label for disrupted stories which will refer to the third party fact checking organisations.

The stories of Facebook which turned out to be fake after fact checking would be labelled with a link and it would be appear at the bottom of news feed.

Facebook is also looking for websites which are misleading the readers into the thought that they were a well-known news source.

Facebook was widely criticised by its users as they complained that fake news has influenced US-Presidency elections.