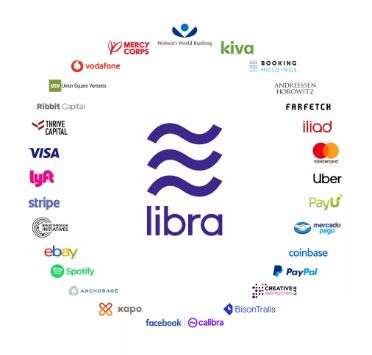 Facebook is launching a blockchain-powered cryptocurrency ‘Libra’ in 2020. It was announced through the release of a whitepaper.

Facebook cryptocurrency 'Libra', a stable-coin will be a form of digital money backed by a reserve of assets.

The Libra cryptocurrency will be governed by the independent Libra Association, headquartered in Geneva, Switzerland.

The Libra cryptocurrency is built on a blockchain designed with security in mind. It will be stored in a digital wallet called ‘Calibra’, which will be available as an app, as well as within Facebook Messenger and WhatsApp as an integrated payments system. This will enable users to send and receive money through messages.

Facebook aims for Libra to be used for offline payments as well including for public transport, buying groceries or paying bills. Facebook also plans to make its cryptocurrency available for exchange from traditional currency through physical ATM machines.

The Libra cryptocurrency will be the means of exchange of money without any fees in the world. Now Western Union and other international money-transfer services charge fees on money transactions.

The Libra cryptocurrency will also open a door for online shopping for those who do not have any bank account or credit card in large numbers.

Libra Partners will give incentives to common people and businessmen using Libra. These include offers like Uber discounts and other Libre bonuses. These offers will be available when signing in Calibra Wallet.

Facebook CEO Mark Zuckerberg said that he wants to make sending money as easy as sending a photo: digital, immediate, free and secure.