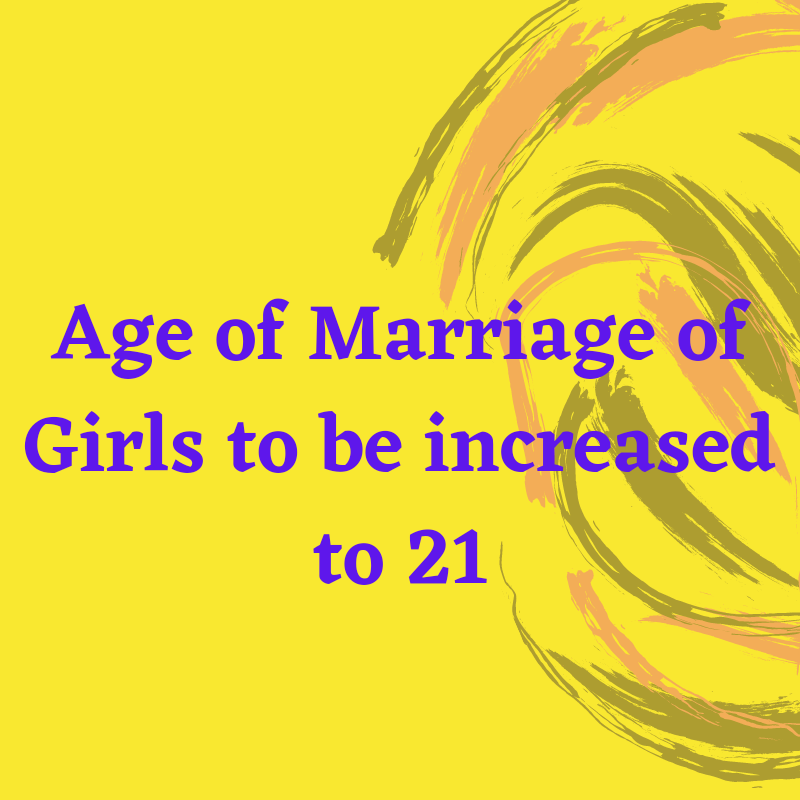 Girls Marriage Age shifted from 18 to 21 :A Big Cabinet Decision

The first law made to prohibit Child marriage was Sharda Act ,1929 and later it was renamed as Child Marriage Restraint Act (CMRA).This act was exetended to the whole country except Jammu & Kashmir.

Child Marriage and it was strictly prohibited.

In 1978,CMRA was amended and renamed as Prohibition of Child Marriages Act (PCMA).

If a marriage occurs between two of them the law implies an imprisonment for upto 15 days along with a fine of 1000 rupees.

The marriages in India are considered to be legal according to these factors:

-For Hindus, Hindu Marriage Act ,1955 is applied to consider a marriage legal.

According to this act ,the brides minimum age should be 18 and the age of grooms should be 21.

-For Muslims, puberty of the boy and the girl is referred valid for the marriage.

-For Inter-Religion marriages,the Special Marriage Act 1954 is applied and this act follows the same rule as of PCMA.

Therefore,the Cabinet has decided to amend the earlier Acts and increase the marriage age of girls from 18 to 21.

The major drawbacks of this decision are supposed to be very worse because when their were acts like PCMA ,the percentage of

Child Marriages were very high,then how it is possible that increasing the marriage age would reduce this percentage.

This is also one of the main reasons why this law is constantly getting abolished.