E-Way Rolled Out In 7 More States & UTs Details About 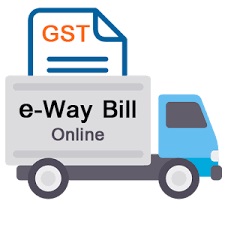 E-Way Bill system for intra-State movement of goods will be implemented in seven more states and Union Territories from 27th May 2018.

The States are Maharashtra, Manipur, Chandigarh, Andaman and Nicobar Islands, Dadra and Nagar Haveli, Daman and Diu and Lakshadweep.

With this, the number of States, where the system is being implemented, will go up to 27.

As per the decision of the GST Council, e-Way Bill system has been rolled out from 1st of April this year.

E-way bill is an electric document generated on the GST Portal, which is a common and shared information technology (IT) infrastructure between the Centre and States and acts as evidence for movement of goods.

A company or an entity can upload relevant information prior to movement of a goods consignment from one state to another. Subsequently, the E-way bill for that consignment is generated via the GST portal.

It may be noted that such a mechanism helps to reduce the burden of tax collection under the GST regime and it is only applicable to transport of goods amounting to more than Rs 50,000 in value