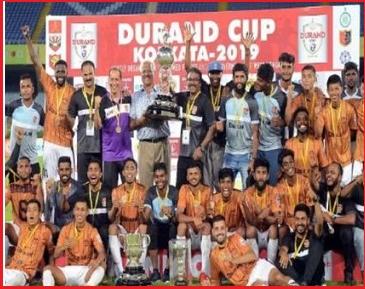 Gokulam Kerala FC beat Mohun Bagan with 2-1 as captain Marcus Joseph scored a goal in each half to lead his side to Durand Cup glory. This was Gokulam Kerala FC’s debut season.

With this achievement, the Gokulam Kerala FC becomes 2nd club from Kerala to win the crown after 22 years. In 1997, the I.M. Vijayan-led FC Kochin was 1st Kerela club to claim the title.

Durand Cup or Durand Football Tournament is a football competition in India. It was founded in 1888 (131 years ago).