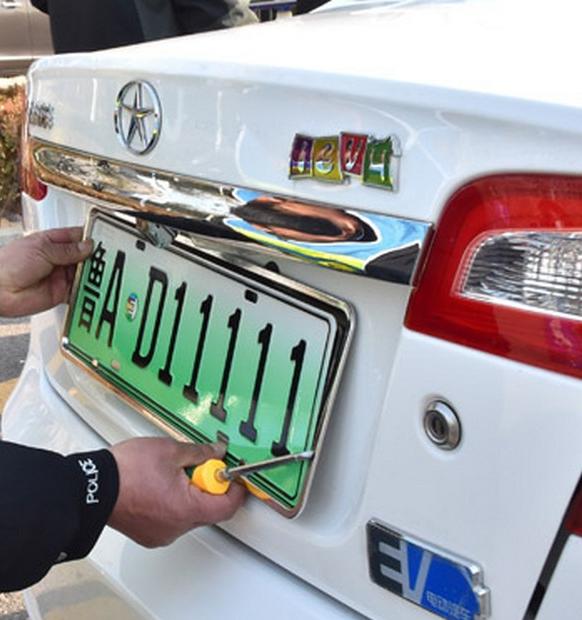 In a bid to promote electric vehicles (e-vehicles) in India, Union Ministry of Road Transport and Highways (MoRTH) has approved green license plates having white fonts for private e-vehicles and yellow for taxis.

The main purpose behind the unique green number plates is easy identification of electric vehicles (e-vehicles) for preferential treatment in parking, free entry in congested zones besides other proposed benefits like concessional toll.

MoRTH is also contemplating permitting youth in the age group of 16-18 years to drive e-scooters, which are gearless and this will lead to a big demand for e-scooters.

According to the report, India at present has 1 to 1.5 lakh e-vehicles (EVs) and its estimates to grow to about 5% of total vehicles in next 5 years.

In India, about 24 million vehicles were sold in the year 2017-18 out of which e-vehicles accounted for only about 1%. Therefore, Government has undertaken various measures aimed at promoting e-vehicles use and government is considering the exemption from permits for such vehicles.

In India at present, there are four kinds of number plates which include:-

Official vehicles of President and Governors have Red Licence Plates with the National Emblem.

» Union Government To Set Up 100 One Stop Centres For Woman Safety Details, Objective