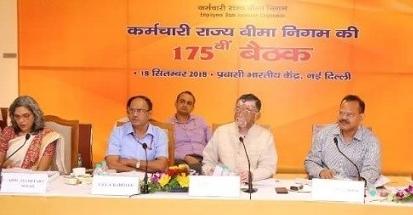 Atal Bimit Vyakti Kalyan Yojna (ABVKY) aims to financially support those who lost their jobs or rendered jobless for whatsoever reasons due to changing employment pattern. Its beneficiaries will be insured persons covered under the Employees’ State Insurance Act, 1948 for a period of two years continuously.

Atal Bimit Vyakti Kalyan Yojna (ABVKY) scheme was launched keeping in mind change in employment pattern. The current scenario of employment in India has been transformed from long employment to fixed short-term engagement in the form of contract and tempting. So, there was a need to provide assistance to employees in case they get unemployed for some time and search for a new job.

ESI was founded in 1952 and is headquartered in New Delhi.

ESI is a self-financing social security and health insurance scheme for Indian workers.

ESI is an autonomous corporation by statutory creation under the Ministry of Labour and Employment, Government of India. It is managed by Employees’ State Insurance Corporation (ESIC) according to rules and regulations stipulated there in the ESI Act 1948.