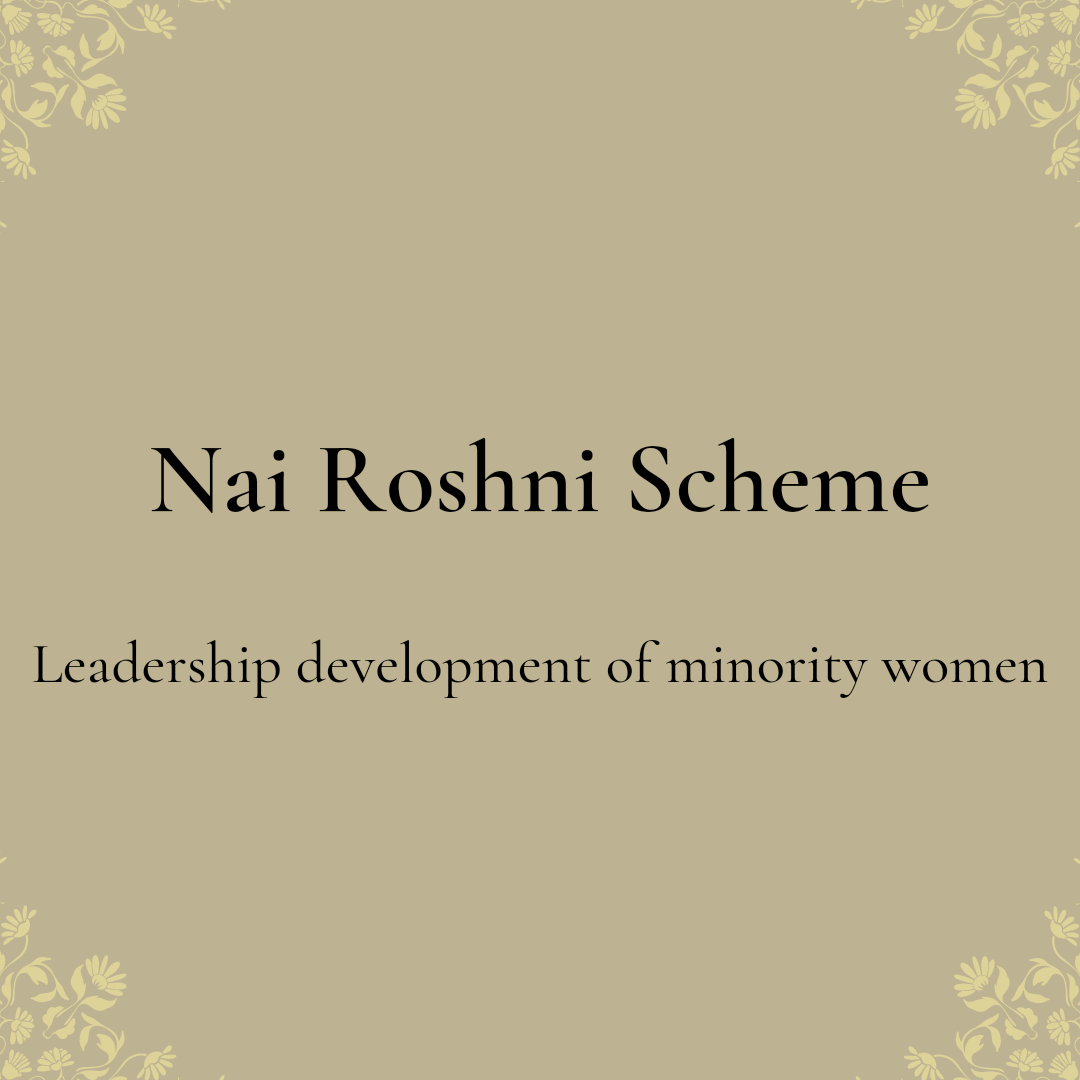 This scheme was implemented under the Ministry of Minority affairs in 2012-13 for the leadership development of Minority Women.

It is a welfare scheme, in order to encourage the minority women.

*The scheme has been implemented through NGOs,civil societies and government institutions to provide confidence to minority women.

*Under this scheme women of Muslim,Sikh,Christian,Buddhist,Zoroastrain and Jain are targeted in respect of the section 2 (C) National Commission for Minorities Act,1992.

*Womens of all caste and of some kind of disability are also included under this scheme.

*A study was conducted by NITI Ayog to evaluate this scheme .

*And the result was that,the scheme helped a majority of women to gain confidence and develop a spirit of leadership.

*The womens who are trained, are now helping other people in raising their essential demands.