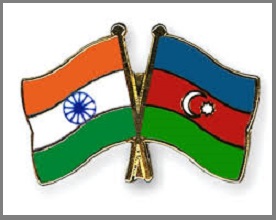 India and Azerbaijan have signed a protocol on trade and economic, science and technology cooperation.

The Protocol was signed at the 5th meeting of India-Azerbaijan Inter-Governmental Commission on Trade and Economic, Science and Technology Cooperation (IA-IGC) held on 11th October & 12 October 2018 in New Delhi.

The 5th meeting of IA-IGC was co-chaired by Union Minister of Commerce & Industry and Civil Aviation Suresh Prabhu and Azerbaijan’s Minister of Ecology and Natural Resources Mukhtar Babayev.

India and Azerbaijan also exchanged views on the current economic situation and reviewed the current status of bilateral trade, investment and their cooperation in the fields of trade, economy, science, and technology.

At present, trade turnover between India and Azerbaijan in January-August 2018 was the US $657.9 million. Both sides also agreed to take measures to enhance trade relations and expand business relations between the two countries.

They also decided to send trade delegations to raise awareness regarding economic developments and reforms in two countries and have a regular exchange of information about trade exhibitions, fairs, conferences, and other business events.

India-Azerbaijan also agreed to convene next meeting of IA-IGC in Baku, capital of Azerbaijan.