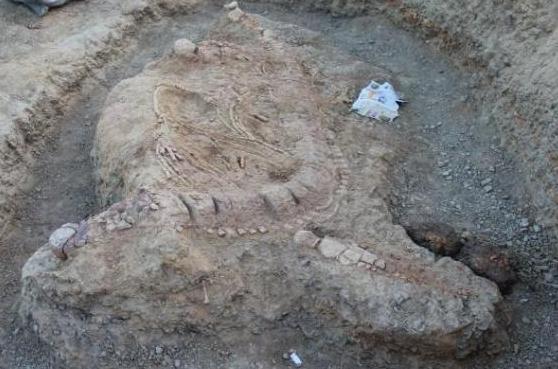 India and Germany’s researcher team have discovered a 152 million-years-old fossil of an ichthyosaur-an extinct marine reptile in the Kutch region of Gujarat.

The fossil was found in the rocks from the Mesozoic Era which ran between 252 and 66 million years ago. It is published in the Plos One Science Journal.

The researchers believe that the specimen belongs to Ophthalmosauridae family of ichthyosaurs that lived in oceans between 165 and 90 million years ago.

This is the first time an ichthyosaur fossil has been discovered in India. The detailed examination of the fossil’s teeth suggested that it was a top-tier predator in its ecosystem and ate animals.

The 5.5 m long specimen was almost complete, only parts of the skull and tail bones were found to be missing.